So often I get requests for an iPad for a student. The teacher or parent may even have a specific task or set of tasks they want the student to use the iPad for.

I have started looking even more closely at whether or not the iPad is the best tool for the job. More often I'm finding that the smaller (and cheaper) iTouch is a better route to go.


If the student is needing to use an app such as Read2Go to access books, which they will listen to and follow along with the text, an iTouch may work just as well.  That is, if they don't have vision issues.  Perhaps the student uses a picture schedule, or needs to be able to snap pictures for a blog.  If that's the case, an iTouch will do the job.

The other benefits are that an iTouch slips into a pocket. And they are much cheaper to replace if they are broken or stolen.

So, when you are preparing to set a student up with an iDevice, don't overlook the functionality of an iTouch!

Happy Therapy!
Posted by Tek-Ninja at 10:28 AM No comments: 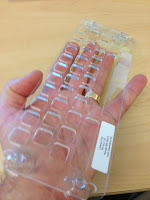 A handful of folks have asked about getting a key-guard for iPads.

Lasered Pics is an online company that makes a wide array of quality key-guards for a very reasonable price.  They make 1/8 inch clear acrylic key-guards to fit with a variety of cases including my favorite, Big Grips.

Their key-guard retails for $23.95, and adheres with four suction cups.  If you are needing a specific key-guard, perhaps for a custom Abilipad keyboard, they will make custom guards.

The Lasered Pics key-guard I've been using is well made, no sharp edges, burrs, or irregular cuts.  It appears to be designed to last.  The suction cups are removable, so they can be replaced when they finally wear out.

Definitely a quality product for a reasonable price.

Today was my first day back at school.  I answered over a hundred emails today, and have several more to address tomorrow.

It has been a very tough summer. In order of occurrence;
I lost one of my dogs.
The axel on my SUV broke going down the highway at 70 mph.
I got stung a dozen times by yellow jackets.
My brother died.

The car was the easiest thing to patch up. The loss of a pet is always painful. The yellow jackets hurt and then were itchy for a week. Then they were fine.

The loss of a beloved sibling is devastating. Ed was a loving husband, father, and hard working man. He was also an amazing cyclist who logged more miles than most folks half his age. Ed was a Quaker like myself. We went on two bike trips together every year. I am missing him tremendously, and imagine I will continue to miss him for a long time.

It's been a tough summer.

The powers that be seem to be determined to undermine public education here in North Carolina. Folks are trying to remain upbeat, but it's tough.

So, on Facebook today, my friend, colleague, and one time mentor Lynda Reilich (she may not know I think of her as a mentor) posted a video that was just what I have been needing.

I've posted it below and hope that it lifts you in the same way it lifted me.


Hope your school year is blessed and fruitful!
Posted by Tek-Ninja at 8:02 PM 2 comments: 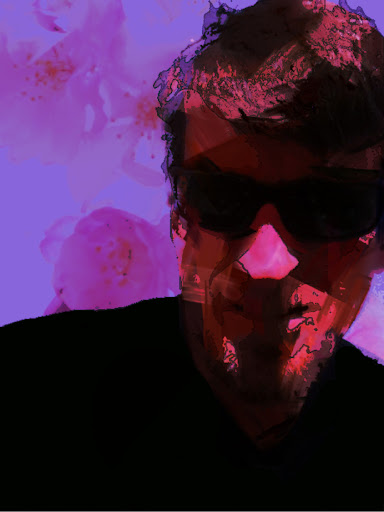 Hey Tech-Ninjas! I'm sure I will write about technology again. And I apologize if you are looking for those articles and don't reside in NC...
My blog may feel irrelevant to you lately, but I do think what happens in education in one state bears watching in all the other US states, as it could quickly be our own experience.  The current climate of education in NC feels so pressing and depressing, that I just feel the need to pass on what NCAE is working on.
Whether your a Dem or Con, please contact your representatives and let them know you are appalled by how we are undermining our children's future.
Thanks, Jim
Posted by Tek-Ninja at 11:35 AM 2 comments:

NC Teachers are Fed Up

The governor's empty support of education

Jim Tignor is a Solutions Consultant for Tobii Dynavox. He holds a Masters Degree in Occupational Therapy. For 18 years, Jim worked in NC public schools, focusing on Assistive Technology. He continues to be interested in sharing ideas about how technology can increase an individual’s ability to access their life. Blessed in his marriage, and with two wonderful sons, Jim spends spare time running and mountain biking. He identifies as a Quaker, and an artist.
This blog has always been a labor of love. It is not a product of nor is it endorsed by Tobii Dynavox.